ShowHistory.com rounds up a frightening group of Real Freaks For our Annual Trick-or-Treat.  These are faces you Definitely Do Not Want To See when you open your door tonight!

7. Coming in at Lucky Number 7 is Rudy Santos "Octoman" -- It's not his face that will freak you out -- or at least, not the first face you see. No, it's what you'll see when your eye wanders south of his open, innocent face.  You won't get far before you see, protruding from the middle of his slim torso, a leg, a couple of arms ... and the arms have shoulders ... wait, do we see an extra pair of nipples?  I don't know about you, but it's that lumpen knob of flesh (that is perhaps part of another head) with its bit of emergent ear and thatch of wispy black hair that is, well, horrifying. 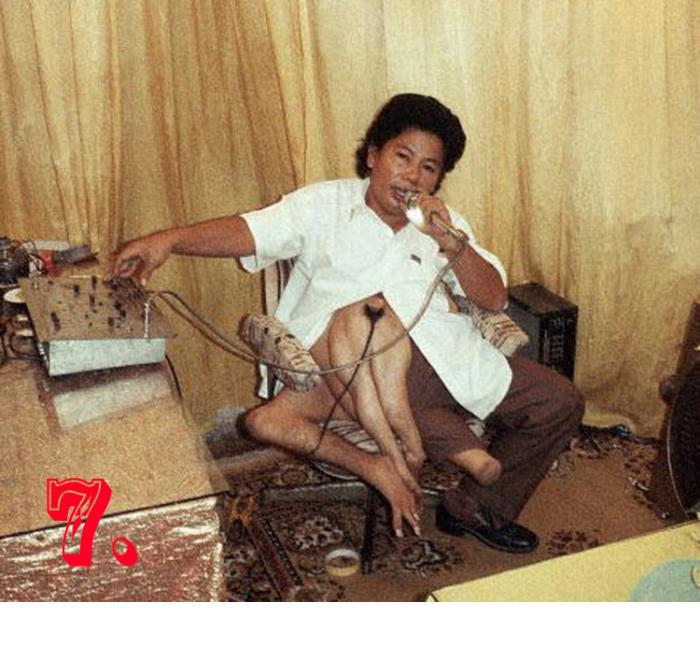 6. Pop-Eye Perry -- Next to last is a nice safe place for a pal of a dude you wouldn't look twice at if you passed him on the street, or if he brought a couple of his little grandkids around for a few handfuls of candy. But watch closely, as he walks down the porch steps. He might just turn around and pop that right eye clean out of its socket. 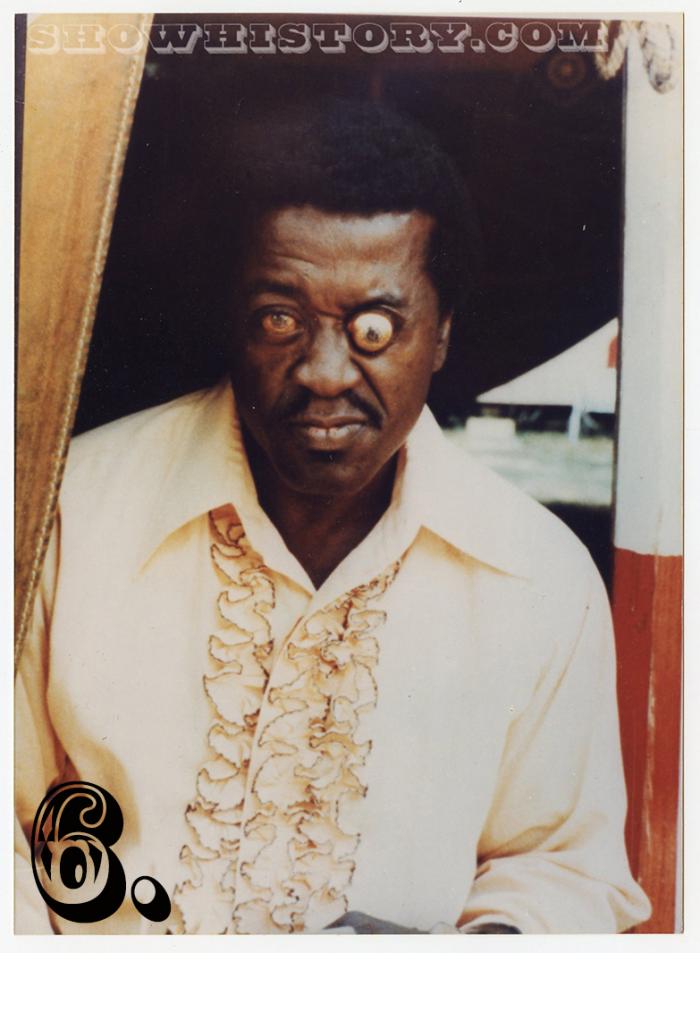 5. Sam Alexander aka "The Man with Two Faces" -- Scariest Sideshow Freak For Halloween #5 has the dubious distinction of being way more scary with his Halloween mask off, than on. A handsome dashing theatre actor, Mr. Alexander evidently ignored Mommy Rule #2 Don't Light Matches Near Gas Tanks (after Mommy Rule #1 Don't Run With Scissors), and lost half his face. The prosthetic face looked perfectly normal ... in the right light. Let's hope he has that on if he shows up at your house tonight. 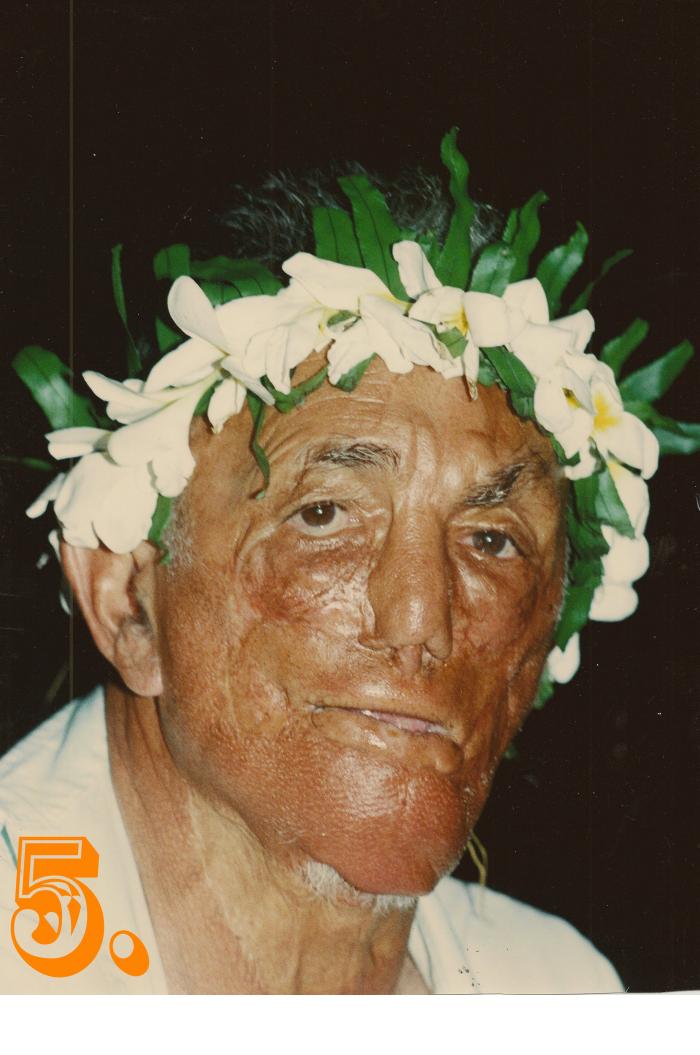 4. You would look sad too if your face melted halfway to your belly button. Arthur Loos has a face that doesn't know when to stop. He was called "The Rubber Faced Man," "The Rubber Necked Man," and "The Bulldog Man," none of which do justice to the magnificent horror he carried around beneath his chin. 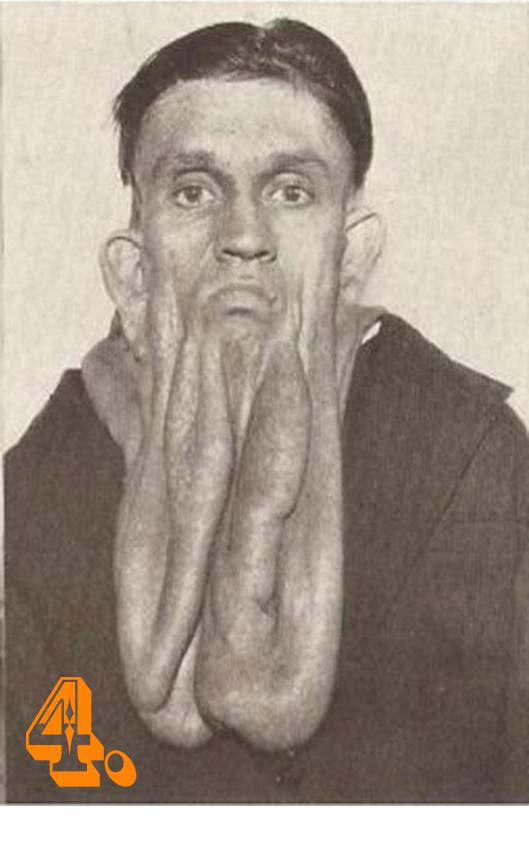 3. The number three Scariest Sideshow Freak For Halloween is Madame Howard, aka "The African Lion-Faced Lady." A handbill from the 1880's introduces her to your nightmares: "the tall and graceful form of a lady, but in place of the human head and feature she is possessed of a full-grown head, fierce features, dark brown mottled skin over the face, heavy drooping brows, fierce lurking eyes, broad distended nostrils, canine mouth, and wavy flowing crisp mane of the black-maned forest-bred African Lion." It's those "crisp manes" that you're going to have to look out for this Halloween. 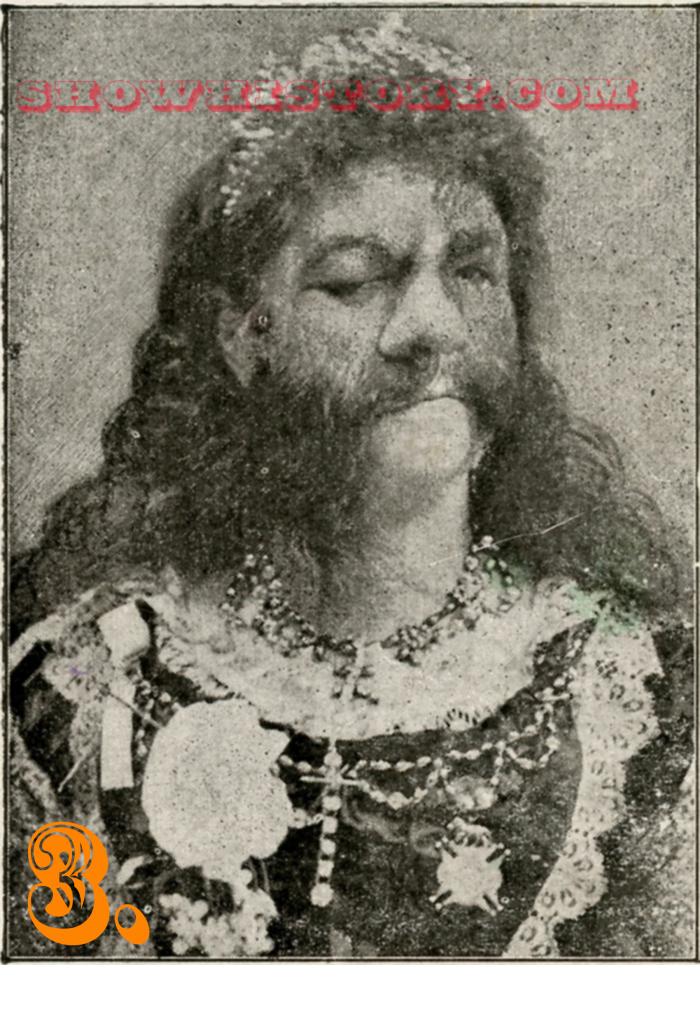 2. We generally think that just about anybody from Alabama is pretty darned scary, but William Durks is the "Prince of Scary." Born in the small town of Jasper in 1914 with one of the worst cases of cleft palate known to man, poor young Billy Durks was hidden away by his parents until the day when a traveling Freak Show came to town, and he ran away with it. He was already in his 40's by then -- call it a mid-life crisis -- but it wasn't too late for William Durks to gain fame, fortune, and even love on the sawdust-covered stage known as "The Back End." 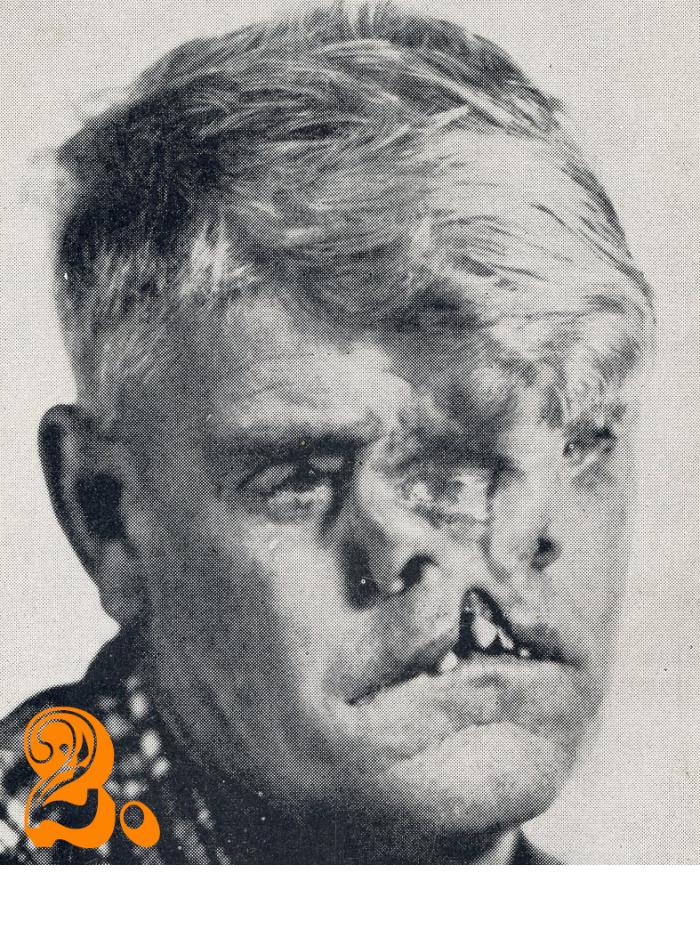 1. The winner is Grace McDaniel-- "The Mule-Faced Woman." As terrifying as it would be to open your door on Halloween Night and see Grace's face grinning up at you expecting treats, well, it must have been even worse for our Grace, crowned ShowHistory.com's Queen of the Scariest Sideshow Freaks for Halloween. Worse for her to look in the mirror, year after year, as she grew uglier and uglier. For she was not born this way. Yes, the port wine stain birthmark was there from the beginning -- people said it made that part of her face look like a piece of red raw meat. But the worst of her affliction -- the huge swollen lips, the rough pocked skin, the cartoon-like bulges-- didn't start until her mid-to-late 30's. Her face grew more monstrous as she grew older. Grace --- Showhistory.com's Scariest Sideshow Freak for Halloween -- you win. 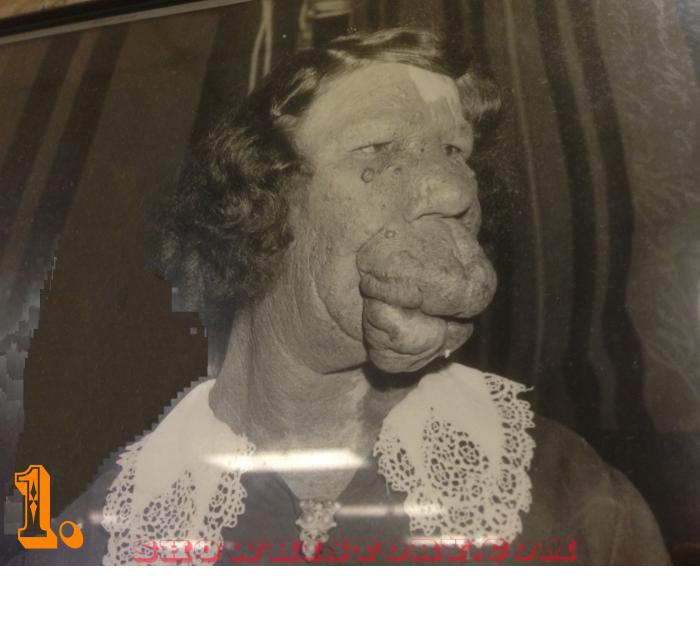