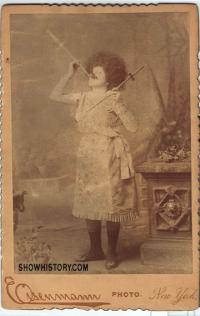 The art of sword-swallowing is older than the circus. Older than show business itself. Thought to have originated as an art-form in India among the Fakirs, the swallowing of dangerous objects is a theme which still excites human interest wherever displayed.

As a sideshow act, a "working act", sword-swallowing has been seen on virtually every midway, and in every ten-in-one since just after Barnum. And the danger cannot be underestimated, as performers have been mortally injured performing such feats as swallowing neon tubes.