He has appeared in the contemporary setting at the Florida State Fair and been a featured guest artist at Sideshows by the Seashore, Coney Island, NY, and in the off Broadway production “Maximum Risk: World Champions on the Edge” at the Soho Playhouse, NYC. He has also toured several colleges and universities represented by National Association of Campus Activities.

His music concert appearances have included The Rolling Rock Town Fair 2001 & 2002, opening for such musical acts as Staind, Stone Temple Pilots, Oleander, POD, and others. In 2000 he appeared with Blue Monkey Sideshow opening for Megadeth, Static X, at the Kansas City Freaker’s Ball, and at the first Gathering of the Juggalos in Detroit opening for Rob Zombie, Limp Bizkit, and Insane Clown Posse. 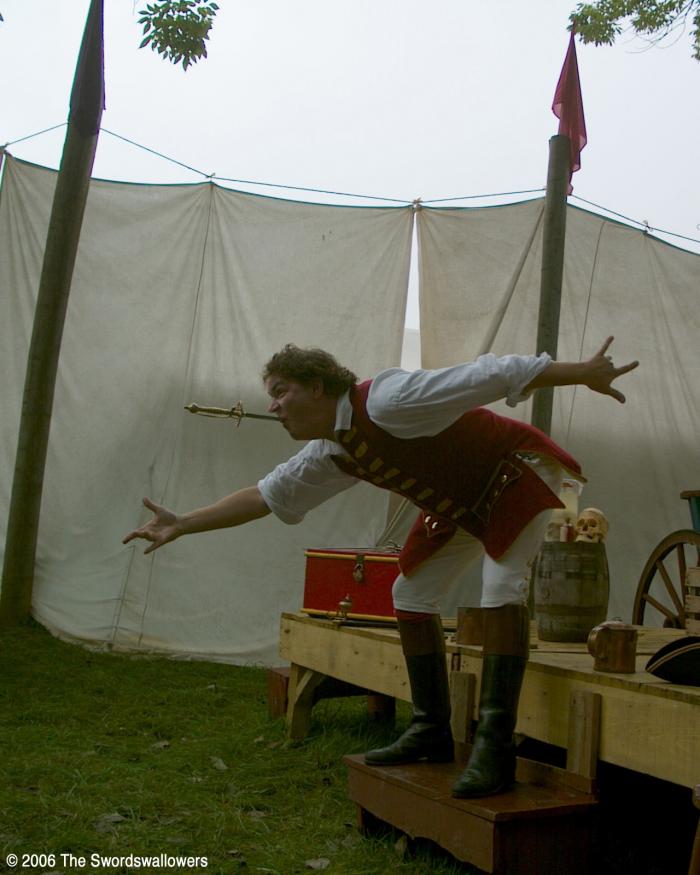